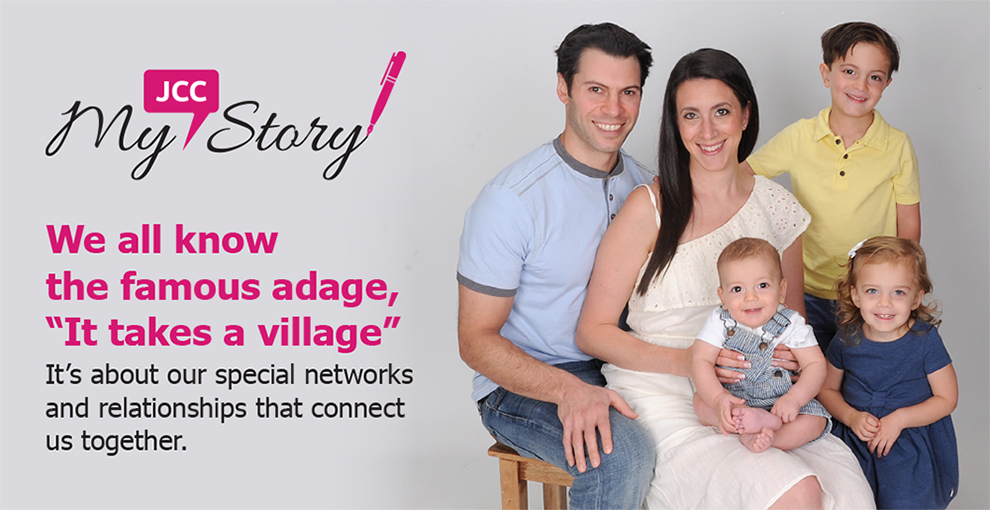 In the fall of 2014, Emily Sachs found her “village” at the Mandell JCC. 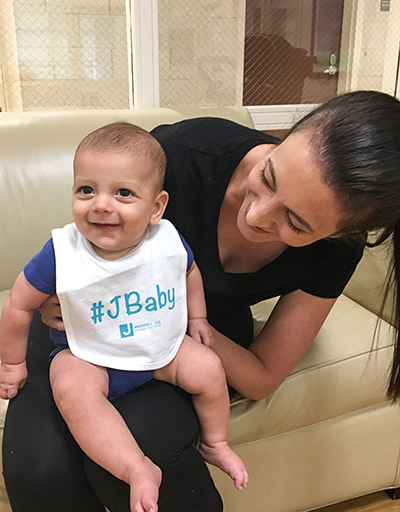 New in town and 3 months pregnant, Emily felt isolated in the suburbs after leaving her friends and family in New York where she had been a licensed therapist. Her husband was embarking on a new position as a doctor and working relentless hours, and this only amplified her loneliness. When her son Dylan arrived very prematurely, she spent nearly a month in the hospital by his side.  But with the demands of her husband’s new job, she was forced to face her fears about her little boy’s health, mostly on her own.

It was not long after Emily finally brought Dylan home that she found the JCC. What began with classes, soon evolved into registration with the Early Childhood Center (ECC).  This is when she first discovered the “village” she so badly needed. Her new-found friendships blossomed into more of a family, and when Emily became pregnant with her second child, Madison, and was fraught with worry for her baby’s well-being, she had that village to support her through it all.

Emily found herself spending more and more time at the JCC because, “it’s not just a school, it is a full community center with dance, karate, swimming and a café.  It is almost like an all-inclusive resort!”  The Family Room became a daily resource and Emily became such a believer, she eventually assumed the role of Co-Chair along with her new best friend, Rachel.

A TRUE VILLAGE
When her third child, Brayden, was born with a genetic disorder, she found herself once again spending endless days in the NICU, not being able to come home to be a mother to Dylan and Madison. This is when she came to  understand the truest meaning of the “village”.  While Emily was forced to spend an entire month at Boston Children’s Hospital where Brayden used a feeding tube, the teachers at the ECC kept her two other children at school for full days. She received notes offering caring support from Mandell JCC Executive Director, David Jacobs and Director of Jewish & Family Life, Jane Pasternak. Her wonderful new friends helped to care for Dylan and Madison.  And, other parents, whom she barely knew, pitched in and created meal trains, even delivering food to her at the hospital.

THE JCC IS MY HOME

Emily reflects on her experience at the JCC with a grateful heart, “I just can’t tell you how much this place means to me.”  When her husband was recently offered an opportunity in another state, she told him she was “staying right here. The JCC is my home. I don’t want to leave.”

Emily now lives the motto, “Truly great friends are hard to find, difficult to leave and impossible to forget.”  After all, she has found her village.

The Mandell JCC is a warm and welcoming community where people care about one another, share with one another and grow together day after day, year after year.